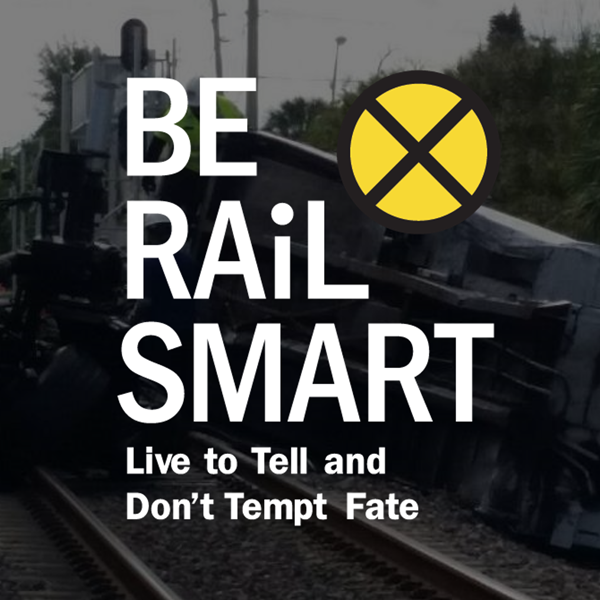 The Be Rail Smart Campaign is a Florida Department of Transportation (FDOT) effort to increase rail crossing safety.

The Campaign was initially launched in 2018 as an effort to increase rail crossing safety awareness throughout all counties within District Four (Broward, Palm Beach, Martin, St. Lucie and Indian River). This year we are relaunching the campaign during Rail Safety Week, which takes place September 19th-25th.

Throughout the month of September, the campaign promotes public education and awareness of rail safety through community outreach, agency partnerships and print and digital media advertising.

We encourage all members of the public, agencies and transportation partners to help spread the word.

For more information on how you can partner contact Yaisel Gonzalez at yaisel@iscprgroup.com or via phone at 786-956-2224 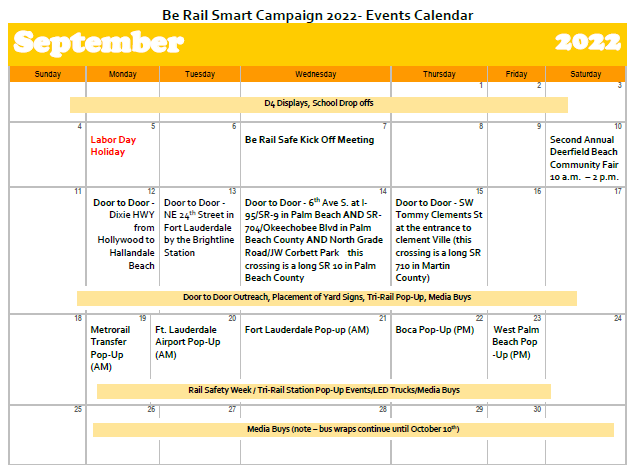